Do I Need Stacked Uninsured Motorist Coverage in Florida? 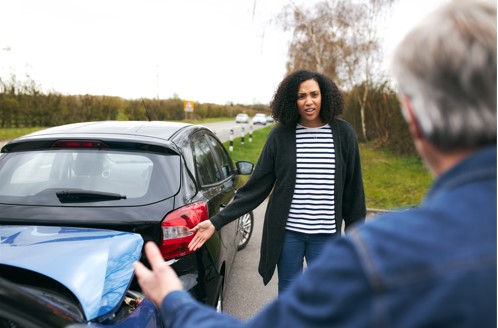 Anyone who has purchased auto insurance in Florida has been faced with the question, “Why should I carry stacked uninsured motorist (UM) coverage on a single car on my policy?” Even if you have never considered this issue previously, it is an important aspect of your policy which could have a drastic impact in the event of an accident. Even with a single-car insured on your policy, there is a coverage difference between the stacked and non-stacked UM forms which can affect whether you or your family members will be able to collect UM at all.

What Is Stacked Underinsured Motorist Coverage?

Most insurance companies do offer the non-stacked coverage, and far too often, the policy holder does not get a full understanding of the differences between the two forms, other than the cost increase for the stacking version of UM coverage. It is important to note, the statute is clear that if the policy holder does not sign an election/rejection form at the inception of the policy, the UM coverage is issued at a limit equal to the bodily injury limits on a stacked basis.

Thus, both the stacked and the non-stacked UM forms provide coverage which is “portable” meaning it follows a policy holder into non-owned vehicles and as a pedestrian.

The stacking provision, in its simplest and most basic form, states that a policy holder can take the UM available on each car which is owned and insured and “stack” it together to be used anywhere. On the other hand, non-stacking is much like “what you see is what you get,” meaning the UM limit you see on the declarations page is what you get, no matter how many cars you own and insure.

Besides a difference in the price of your premium, there is a significant coverage difference between the two forms which could affect whether you or your family members can collect under the UM provision of the policy. At times the stacked form will respond for a claim whereas, the non-stacked form will not. The non-stacked form has an exclusion stating that the insured can’t collect UM while occupying a vehicle owned by the insured, but not covered for UM under the policy.

When Stacked UM Responds but Non-stacked Coverage Does Not:

Even with one car on a policy, the stacked UM form provides broader coverage than the non-stacked form. Each of the examples above shows how coverage is broader under the stacked form. To say that stacked UM benefits only those with more than one car is not correct. Even on a policy with a single vehicle being insured, there is a difference in UM coverage.

While it is true that many people may never face a situation in which stacked UM on a single car policy would respond and non-stacked would not. However, it’s critical to understand the coverage differences in the two forms. Stacked benefits always give the insured the benefit of the most, and broadest, uninsured motorist coverage.

Which Uninsured Motorist Coverage Should You Get?

In summation, there are two major differences in the stacked and non-stacked UM forms:

If you or a loved one has been injured by an uninsured motorist, you would be well-advised to contact a Canan Law attorney to help you receive what you deserve to get you back on your feet. Our law firm is devoted to the well-being and financial stability of our clients. Contact our team of trusted lawyers today.

Call us at (904) 849-2266 or stop by our offices in downtown St. Augustine if you have any questions about car accidents or personal injury cases. Attorneys are available to assist you 24/7. You can also contact us online.