This story is brought to you by Canan Law, a team of AV-rated attorneys in St. Johns County and surrounding areas. 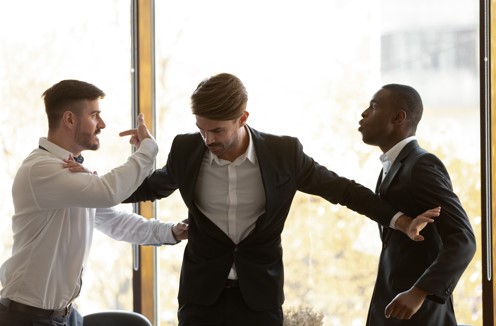 A tort is an act which infringes upon another person’s rights.

Tort law deals with instances when one’s behavior has caused harm or suffering to another. Unlike crimes, which punish the offenders to protect society, torts are civil wrongdoings meant to compensate the victims affected. The following case is an example of tort law.

An Example of Tort Law

The body of Adam Kellerman-Pate was disinterred by Trinity Memorial Cemetery for a reburial in Texas at the request of his mother, Joni Pate, unbeknownst to Adam’s widow, Priscilla Mellette. On multiple occasions, Priscilla expressed to Trinity Memorial the body was not to be removed.

According to depositions taken in this case, after Adam Kellerman-Pate was killed in a car accident in 2002, his mother purchased a plot for his body at Trinity Memorial. Soon after the burial, Ms. Pate told Priscilla she wanted the body moved closer to her home in Texas should Priscilla remarry. In 2005, Priscilla did remarry and Ms. Pate began writing her requesting to move Adam’s body. Priscilla ignored these requests and even called Trinity to tell its representative, Diane Sayegh, she believed Ms. Pate would try to move Adam’s body to Texas. Sayegh assured Priscilla the body could not be disinterred without signatures from both the spouse and the owner of the plot, as stated in Florida Statute 497.384.

Just a month later, Priscilla spoke to Sayegh again and was told Adam’s body had been disinterred and shipped to Texas. The person responsible for the disinterment was Timothy Schurdell, Trinity’s family service advisor. Schurdell asserted Ms. Pate was the plot owner and next of kin to Adam and, therefore, had sole rights to the body, although, Trinity’s president, Lewis Friedland admitted he knew Florida Law requires both signatures. Furthermore, Trinity’s records showed Priscilla as next of kin.

Priscilla sued Trinity for damages based in theories of tortious interference with a dead body and reckless infliction of emotional distress. On the former count, the court ruled in favor of Priscilla stating that Trinity’s conduct did not exhibit an “entire want of care of attention to duty” or was so wanton as to render it liable for intentionally interfering with a dead body. Conversely, the circuit court ruled in favor of Trinity in the latter. Reckless infliction of emotional distress is grounded on “outrageous conduct causing severe emotional distress.” A plaintiff must prove the defendant acted recklessly and in an extreme and outrageous manner. The court decided Trinity had not acted “outrageously” enough to prove this theory.

As you can see, not all torts are ruled in the favor of the victim. This is why it is vital to hire an attorney who values your rights and fights to get you the compensation you deserve. The attorneys at Canan Law can help. Call our office at (904) 849-2266 today to set up a consultation to discuss your legal matter with an attorney.

Canan Law, a team of AV-rated attorneys in St. Augustine, keeps you informed with blog posts discussing legal terms and Florida court cases that matter to you. If you need legal representation, reach out to our team today.