The Problematic Nature of Pre-Existing Injuries 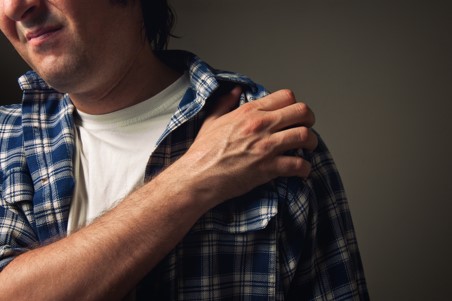 Victims of personal injury accidents generally do not have the legal acumen or stamina to pursue a claim without the assistance of an attorney. Not only do most people lack sufficient knowledge of the law, but many insurance carriers do not want to settle without a fight, and they are very good at fighting. It is particularly important to have an attorney in your corner if your claim is for a new injury where you had a pre-existing one.

What Is a Pre-Existing Injury?

A pre-existing injury is one that you had prior to your accident. This could be an injury that you experienced shortly prior to your accident, or it could be something that you suffered years ago. For example, if you were involved in a car accident earlier in life that left you with a damaged shoulder muscle, sustaining a work injury to that same shoulder may bring into question whether or not your injury would have been as severe if you hadn't already sustained a previous injury to the same location.

Why Are Pre-Existing Condition Personal Injury Cases So Difficult?

Successfully arguing that an injury was caused by the defendant’s negligence can be challenging enough. You and your lawyer need to show that the defendant owed a duty of care which was breached, and that this breach directly caused your injuries. Attorneys with the insurance carrier are very adept at trying to attribute the blame to someone else–even on the plaintiff in some cases. When injuries occur where you were previously hurt, the difficulty in proving your case rises significantly.

Insurance company attorneys may try to argue that your supposed new injury is simply a flare-up of the old one, and it did not occur as a result of the actions or inaction of the defendant. If sufficient evidence exists that you were re-injured, the insurer may try to argue that you would not be as hurt as you are were it not for the previous injury. In essence, they will try to mitigate damages. If yours is a soft-tissue injury, defense attorneys may even argue that you don’t have an injury at all, and that you are simply making it up in order to gain a payday. The reason such an argument can be made is that these types of injuries are very difficult to objectively measure.

Don’t Give Up On Your Pre-Existing Personal Injury Claim

You should not give up. If you legitimately were injured because of the negligent behavior of the defendant, you have every right to seek compensation for your losses. You should recognize, though, that you may have a tougher battle than you might have otherwise.

While certain circumstances can make it difficult to argue a personal injury case, you owe it to yourself to pursue a claim in order to recover the cost of medical care, lost wages, pain, suffering and more. Call Canan Law today to arrange a free consultation at (904) 849-2266.